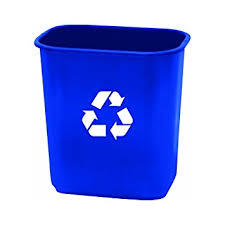 The return of the Recyclebin

Last Friday, I received an email concerning a problem a DBA was having migrating objects from one tablespace to another.  They thought they had migrated all the objects, but they found some indexes when querying the DBA_SEGMENTS view.  These indexes were not visible in the DBA_INDEXES view, which was my first clue to the problem.  The next clue was when I found out all the indexes had a prefix of “BIN$”.  The DBA did not realize that these were objects that had been dropped previously and were sitting in the recyclebin.

The reyclebin  is a little-mentioned feature of the Oracle database that I blogged about back in 2011 when it saved me from an embarrassing and tricky recovery.  In honor of this unsung feature, I found the old blog, dusted it off, and updated it where needed.  Here we go…

The Oracle recyclebin has been around since version 10g release 1 as part of a feature called Flashback Drop and in my opinion, continues to be a little-known and little-understood feature. It has saved me from potential data loss on at least one occasion, though, so I think it deserves some consideration.

When the recyclebin is enabled, dropped tables and any associated objects such as indexes, constraints, and nested tables are removed from the DBA_<objects> views that track database objects.  During this process, the table is renamed.  The new name has a telltale “BIN$” prefix placed on it.  These objects still occupy space in the tablespace where they originated. They continue to count against user space quotas, until purged from the recyclebin either manually or by the database because of tablespace space constraints.

In 10g release 1, the recyclebin was enabled by default and there was only an undocumented parameter to disable it.  This parameter was _recyclebin which defaulted to a value of TRUE.  The recyclebin initialization parameter was introduced in 10g release 2 and had a default setting of ON It was a dynamic parameter and could be enabled or disabled (ON or OFF) with either an ‘alter session’ or an ‘alter system’ command.  Oracle 11g release 1 made no changes to the basic feature, except to add the ‘deferred’ option to the ‘alter session’ command to allow subsequent, but not the current, session to be affected.  Release 2 remained unchanged from release 1.  These features remain unchained into 12c release 2.  Also, 12c includes more table-associated objects that is moves to the recyclebin when a table is dropped.  The full list of these objects are:

To find out if the recyclebin is enabled, except for 10g release 1, you can execute ‘show parameter recyclebin’ from a SQL prompt as a user with sysdba privileges.

I would recommend keeping the recyclebin enabled at all times, except during an upgrade, to add an extra layer of recovery options to the existing environment.

Once the recyclebin is enabled, you don’t have to give much thought to its use. Every time a ‘drop table’ command is executed, the table and its associated objects are placed in the recyclebin and renamed with a system-generated naming standard. Again, the objects actually remain in their native tablespaces.  Because objects age out of the recyclebin based on demands for space, it is always a good idea to back up a table with an export or execute create table as select (CTAS) to create a backup table before dropping it. This is especially true for dropping very large tables which may not fit in the recyclebin.

I was unable to find any information on exactly how much space is allocated to the recyclebin, but suspect that it can consume all available space in the respective tablespace where the objects reside.

To find out how much space per owner and tablespace recyclebin data is using, you can use this query:

In the event that you do not want a table to be preserved in the recyclebin, the addition of the ‘purge’ option at the end of the ‘drop table’ statement ensures that the recyclebin bin is bypassed and the table as well as the associated objects are dropped from the database.  Just ensure you have a backup of the table, just in case.

Recovering tables from the recyclebin

To recover a table from the recyclebin, you need to know if it is available. Use the following query to get this information (the owner was designated to limit the output):

Here you can see which tables for the CMN user are in the recyclebin and when they were dropped.  You may have noticed that there are several versions of the BASE_CONTACT table in this recyclebin differentiated by their droptime value.

To also help determine which table holds the data you want recovered, you can query recyclebin tables like regular tables.

It is important to use both the owner identifier (CMN in this case) and double-quotation marks because of the special characters in the recyclebin table name.

You can purge the recyclebin completely or for objects belonging to individual users. As stated earlier, each user account in the database will automatically have a recyclebin assigned to it. A user can simply execute the ‘purge recyclebin’ command to purge their own recyclebin. Users with the sysdba privilege can purse the entire recyclebin with the ‘purge dba_recyclebin’ command. Be careful, though, as this command also purges ALL users recyclebins as well. Purging the entire reyclebin should be reserved for upgrade situations, or unless otherwise directed by Oracle Support.

The recyclebin is one of those features that you forget, but are very thankful when it is available and you need it.